This article is from 2012. Opinions may have changed.

Those tiny voices inside your head!

As Jim Carrey said (on a lighter note, of course) we are always just one step away from insanity. Your mind is a pandora’s box that cooks up all the evil you could do at “the moment.” Read these weird thoughts; you might have had them before - from time to time. Be it

Your brain is a weird place. It is like a super-computer which figures out all the possible chess moves in front of you.

It is that tiny voice inside your head that holds you back from all the wrong, insane, suicidal moves. It just tells you:

And you stop. You throw all those thoughts away in the trash can. Let’s call it the voice of control.

The catch is - you can’t control that voice in your head. Reasoning and logic can only bargain a little. You can never turn it off. If we were allowed to do it, anarchists, psychopaths and criminals will be all around. So it is fine the way it is. 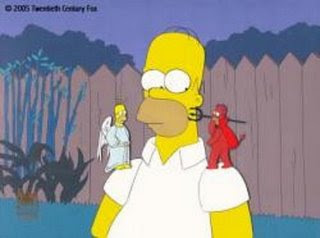 Then, there is another voice. Unlike the voice of control, which asks you to stop; this is like an inner urge which ask you to start doing stuff, that you normally, “logically” don’t want to do. To make the idea simple enough, let’s call it the voice of heart. Although it feels like a pounding in your head more than the heart.

No matter how much you have planned and premeditated, that you won’t do it, you finally end up doing it. You will break your own plan, and there you go.

The catch here too, is that you can’t stop it. Maybe if you are really strong at heart (figuratively), and have a will of steel, you can fight it out, and suppress it. But still, the pounding in the head remains. The voice shouts back at you for being an insensitive prick, and you are filled with regret.

These random voices are what end up as decisions and what makes us human. Unique, unpredictable, but equally compassionate beings.